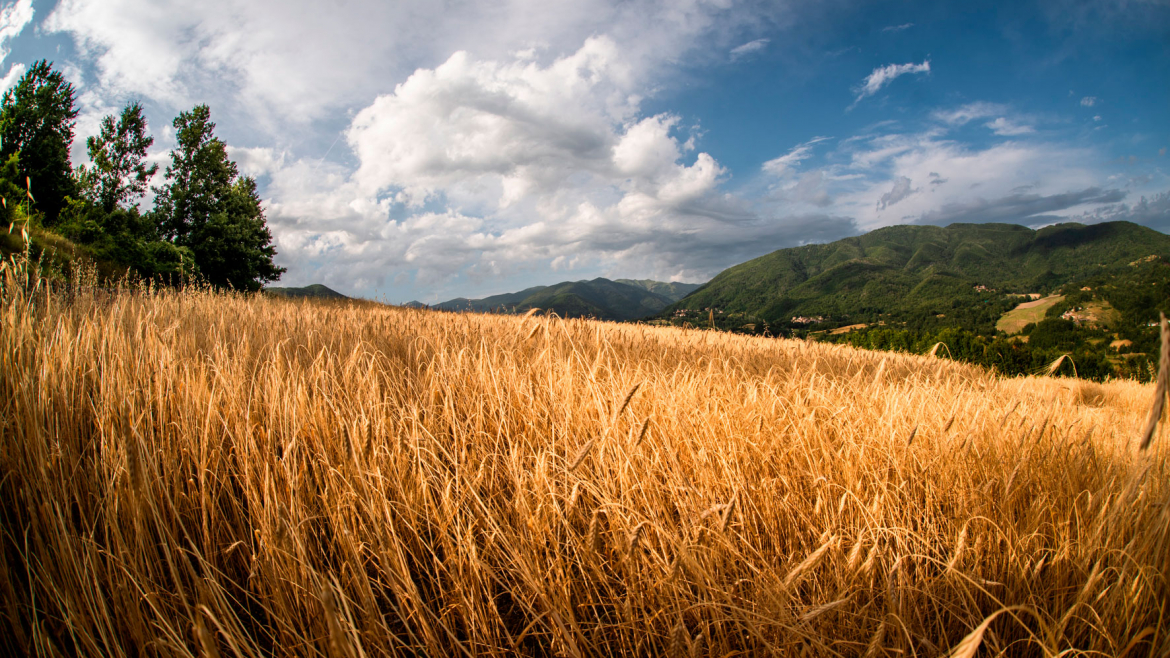 The cultivation methods of spelt are very similar to that of wheat. The main problems associated with its cultivation occur in plains, in fertile soils, where the best climatic conditions and the greatest nutritional availability can cause the plant to grow excessively and make the height of the plant as well as the fragility of the head, which conditions both harvesting and pearling operations. There is generally a loss of product quality in these cases (less resistance to cooking). Hence the danger of intensifying the cultivation of spelt in these environments.

How spelt is cultivated

Rotations: spelt is inserted in succession to leguminous crops, to exploit the residual fertility from their cultivation. Being endowed with marked hardness, spelt can also follow the cultivation of another grain in fertile soils and in the presence of large rotations.

Fertility integration: it has much lower nutritional needs than other grains. A good level of residual soil fertility obtained through crop rotations can completely satisfy its needs. Precession with legumes fulfils nitrogen needs.

Soil tillage: the traditional preparation of the seedbed involves ploughing and refining operations. Thanks to its accentuated hardiness, coarse seed beds can be prepared, sometimes replacing ploughing with reduced tillage, such as milling and harrowing, especially with the precession of crops that renew the characteristics of the soil.

Sowing: at the same time as wheat or slightly later, sometimes until December. It is planted in rows or scattered. The recommended sowing density is about one quintal of seeds per hectare.

Weed control: spelt has rather rapid initial growth and a high competitive capacity against weeds. In many areas it is customary to sow earlier to allow the crop to quickly cover the surface. This is a characteristic of the wholesomeness of spelt, as it does not require chemical herbicides.

Harvest: spelt is harvested later than wheat, and is harvested until mid-July. The thresher must be adjusted to minimize losses due to the breaking and shelling of the very fragile heads.