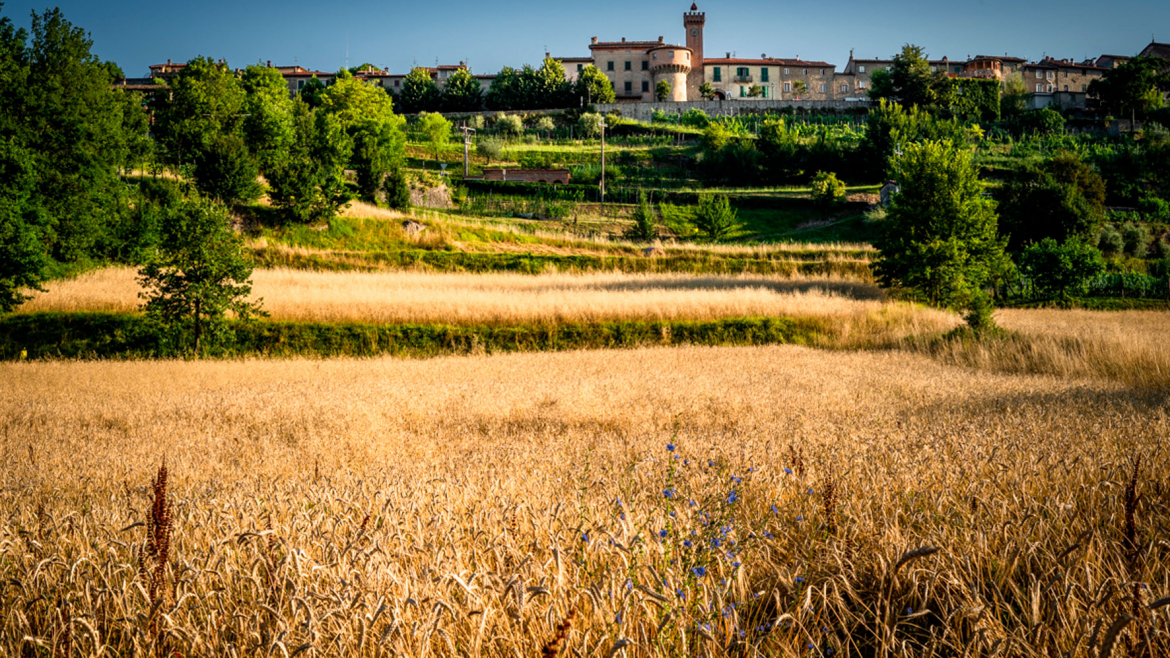 The oldest evidence of wheat cultivation in Italy dates back to 4300 BC. A primitive species of wheat, small spelt (Triticum monococcum) was sown in the area of Vhò (near Cremona). This variety has yellow-green heads that are always erect and with a flat shape. The individual heads, with two flowers, are arranged in two rows. Mostly only the lowest flower of each head ripens, hence the name “monococcus”. Small spelt is “dressed”; unlike the “naked” grains, only the spikes are detached during threshing and to free the grains from the glume, they must be dried in the oven.

In the Neolithic age, small spelt wheat was the most important grain, followed by large spelt (Triticum dicoccum) and barley (Hordeum vulgare). The heads of large spelt are heavier; the spikes have three flowers and usually two ripen, thus the harvest is more profitable.

In the late Neolithic age, agriculture also spread to the inner Alpine area; the peasants entered the valleys from the south, as shown by the precocious presence of grains in the provinces of Brescia, Trento and Bolzano.

In Roman times there was a radical change in the cultivation of grains: in the Central Alps barley and large spelt assumed fundamental importance, followed by spelt (Triticum spelta) and club wheat (Triticum aestivum compactum); over time the small spelt wheat gradually lost its importance.

In the early Middle Ages, the trend that had emerged during the Roman age continued for cultivated grains. The most important products remained large spelt and barley, followed by club wheat and spelt; small spelt was only grown in areas with a harsh climate, where the other species could not grow.